Meet The Family Behind Pars Omni

Pars Omni is a trade name for the Educational Development Corporation (California).  And behind that corporation is a family dedicated to providing highly effective educational programs. 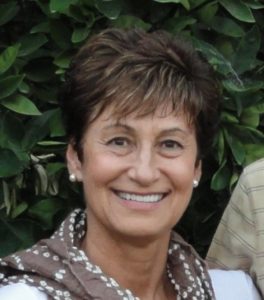 Lupe Escamilla is the Academic Director of Pars Omni. She is in charge of the classroom instructional programs, teaches classes and works on content development for the Spanish Voices program.  She is Bill’s wife, Mercedes’ neice and Andrea’s cousin.  She lives with Bill near San Diego, CA.

Lupe was born in Mexico and immigrated to the U.S. when she was a child.  She received her B.A. and M.A. degrees in Spanish from the University of California at Riverside.  She has also received extensive training in the teaching of foreign languages to adults and children from Dr. Georgi Lozanov (a researcher in accelerated learning techniques whose work has been documented by UNESCO) in Austria and Bulgaria.  She has taught conversational Spanish, English, and Italian courses at universities, secondary and elementary schools, private language schools, companies and government agencies in the U.S., Mexico, Austria, South Africa, Japan, Canada and Malaysia.  Lupe loves teaching and also enjoys ballroom dancing, playing guitar and gardening. 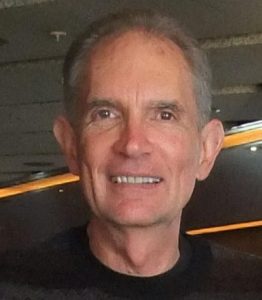 Bill Munro is the CEO of Pars Omni and lives with his wife, Lupe, on a small avocado farm near San Diego, California.

Bill has a B.A. in Anthropology from Hamilton College. Bill was a Peace Corps volunteer in Ghana where he served as a secondary school teacher. He has worked as an administrator of various private language schools and also has a career as a software developer and manager: he has worked on the development of commercial Windows and Mac applications, primarily in the areas of finance and insurance, as well as education.  Bill is in charge of the development of the Spanish Voices program. He enjoys working on his farm as a hobbyist, as well as hiking and ballroom dancing. 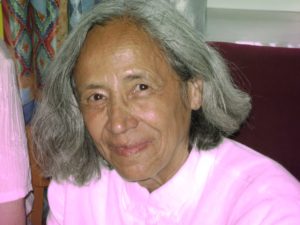 Mercedes is Andrea’s mother and Lupe’s aunt. She sets up recording sessions, transcribes conversations, and consults on cultural,  linguistic and other issues.

An economist by profession, Mercedes lives in Guadalajara, Jalisco, Mexico. She has ventured into other areas such as Communication, Journalism, Film, and Literature. She has translated from Polish to Spanish Oskar Lange, Ryszard Kapuscinski, and Edward Stachura. She recently published a book of short stories in Spanish, El instante suspendido,which you can order through us. Above all, Mercedes is proud mother of Anna and Andrea, and a grandmother of  Eléa Amapola, Marcos Ulysse Amaranto, and Mercedes Camila. 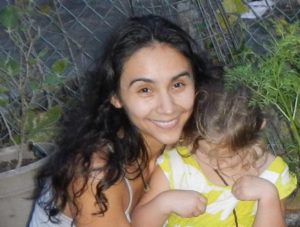 Andrea is Mercedes’ daughter and Lupe’s cousin.  She works on all aspects of content development for the Spanish Voices Program.

Andrea was born and raised in Guadalajara, Jalisco. She graduated from Universidad de Guadalajara (BS in Biology) and received her masters degree in Ecological Restoration from UNAM.  Before moving to Houston, Andrea lived in Bahia de Kino (Sonora, Mexico) for two years as an environmental education fellow at the Prescott College Field Station; Andrea worked as the coordinator for Center for the Study of Environment and Society (CSES), for the last five years and is currently the coordinator of the Center for Energy and Environmental Research in the Human Sciences (CENHS) at Rice University (Houston, TX).  Although she has a solid scientific background, her passion is in the performing arts. She began dancing and singing at a very early age, has studied Mexican folkloric dance, ballet, capoeira, fire dancing (poi). She composes songs in Spanish and English and she recently learned to play the guitar and is a certified yoga instructor. Since 2013, Andrea is the lead singer of Rice University’s Mariachi Luna Llena. Andrea is fluent in Spanish, English and French, loves the outdoors, arts, traveling, music, learning new things, crafts, reading, writing, cooking, gardening, power tools, construction, and enjoys basically any physical or intellectual activity. She lives with her daughter Camila, and dog Misha, in Houston, TX.