Remembering How to Write in Spanish: Maintaining and Developing Your Skills 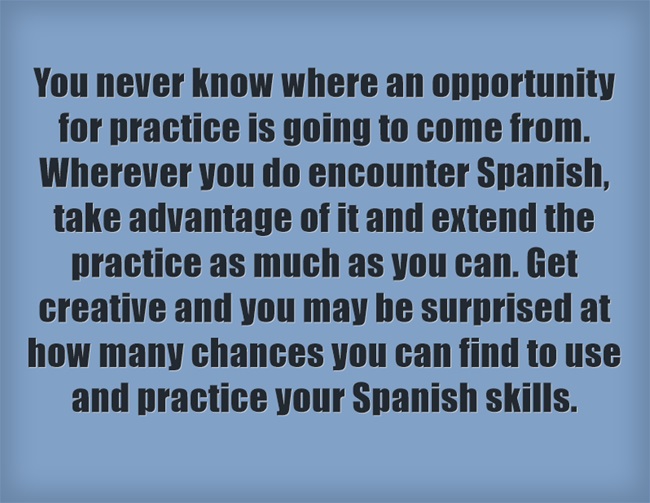 To follow up on following up, I’d like to talk about another aspect of my Spanish practice and maintenance that I’ve kept up with. I told you about looking up lime vs lemon, then seeing limón on my tea bag, and I’ve also been contributing to my fridge magnet composition here and there. I mentioned that I was planning to start watching “Metástasis,” the Spanish language version of “Breaking Bad,” after we finished “Breaking Bad,” which we did – and it’s so GOOD. I went to check it out and realized that most of the episodes of “Metástasis” are only available if you have Hulu Plus, which we don’t. Definitely a bummer, but I still had to come up with something to write about for the accountability group my friend had started so that I didn’t lose my $25.

I was glad to be a part of this group because if I didn’t have a deadline and know that someone else would know if I didn’t complete the task, I might not have followed through with it. Since I did, I tried to think of what else I could write about. I knew I wanted to write in Spanish because that was the whole point of joining the group for me – having extra motivation to practice Spanish in a new way. At the time, my husband and I were starting to think about doing an eating program called Whole 30, similar to paleo. I decided to integrate the experience of thinking more about what foods we were buying and eating with Spanish by writing about the program, what we were eating, and how I was feeling about the whole thing (which at first was: overwhelmed. So much to read! So many recipes! Grocery lists! Ingredients to avoid! That too did pass, and we’re feeling great about it now.)

Now that I had a topic and the motivation to get it done, I had to remember how to write in Spanish. Not that I had “forgotten,” per se, just that I hadn’t had to do it in a while and so I was a little rusty. It’s a different feeling to write out your thoughts and know that they are there to be reread and scrutinized and analyzed. When you speak, you say something and it is there for a moment, but then gone. While I was a little intimidated to have someone else read my imperfect Spanish, I did really enjoy the process of organizing my thoughts with the extra time that writing gives you to do so.

The written word is a powerful thing, whether you are creating it or consuming it. While it is important to try to write correctly in order to build and maintain good linguistic habits, it is also important to give yourself the freedom to make mistakes and focus on communication over perfection. You never know where an opportunity for practice is going to come from – a friend’s accountability group, happening upon Spanish language resources at the doctor’s office, interacting with a Spanish speaking neighbor, who knows.

Wherever you do encounter Spanish, take advantage of it and extend the practice as much as you can. If you write in Spanish or find something written in Spanish, read it out loud to practice your pronunciation. If you know your neighbor speaks Spanish, have a conversation with them and write them a note later. Get creative and you may be surprised at how many chances you can find to use and practice your Spanish skills.

To ensure that you get to practice and improve your fluency, download Pars Omni Spanish Voices. It’s an excellent learning tool that is free to download – what are you waiting for?