Incorporating Grammar into Spanish Speaking Practice: The Balance of Natural and Purposeful

One of the ways that I’ve been able to both improve my Spanish and put it to use in a meaningful way is communicating with Bernardo, the man who works on our family’s ranch. He is from Mexico and only speaks Spanish. My dad knows some Spanish and can often communicate with him on his own, but when he needs to communicate something more complicated or wants to be certain of something, he often calls me to translate. I am happy to help, especially because it is such great Spanish speaking practice. 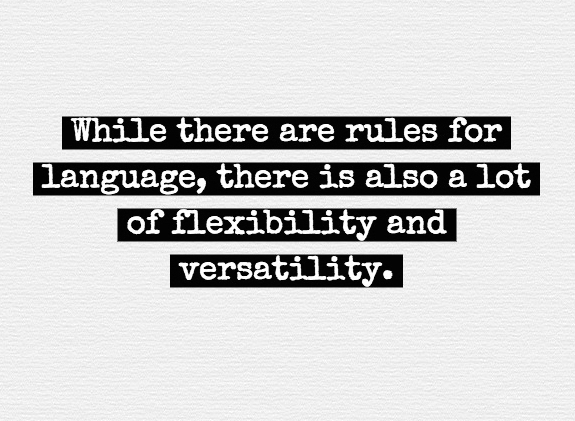 I have essentially known Bernardo my whole life. Though I don’t see him all the time, he has been like an extended family member because of the longevity of his relationship with our family. He works very hard to provide for his family, and I respect him a lot. This combination of familiarity and respect sometimes trips me up when speaking to him in Spanish because of the differing “tú” and “usted” verb forms. The tú form is more casual while the usted form is more formal. I have always felt slightly torn between the two when it comes to speaking with Bernardo because I never want to be disrespectful, but I also don’t want to be cold or distant.

When I was younger, I certainly addressed Bernardo using usted. That is, I tried to do so, but sometimes could only remember the tú form of a verb in the moment and thus used that. The more Spanish speaking practice I have gotten and the more I have learned, the better my command of the language has become, though I still have a long way to go. Bernardo understands that I am not a native speaker and that I am doing my best to communicate, so he is patient with me. I appreciate this and think it has been very beneficial to the development of my language skills. At the same time, I want him to be addressed and communicated with in the way that makes sense to him, and that he is comfortable with. I am always working to improve my Spanish for many reasons, and one of them is definitely communicating in a more honest and enjoyable manner with Bernardo.

While there are rules for language, there is also a lot of flexibility and versatility. Much of the language we use and how we use it depends on which people we are talking to, their individual needs, the situation we are in, and more. Depending on what we are trying to communicate, what audience we are trying to reach, and what medium we are working with, we adjust many things about our language. Learning to navigate these nuances can be tricky in your native language, let alone in a foreign one. Becoming fluent in all aspects of a language takes time and effort, but it’s well worth it. Focus on a combination of structured practice and natural language, and you’ll find yourself making real progress.

If you want to improve all aspects of your Spanish fluency, download the Pars Omni Spanish Voices software for free today!