Acquire Spanish While You Enjoy a Good Television Drama

I recently started watching the television drama from Spain called Gran Hotel and, I have to say, I’m hooked. The series, filmed over the last 3 years, consists of 39 episodes and takes place in Spain at the beginning of the 20th century. It’s reminiscent of Downton Abbey and is an interesting mix of drama, mystery, romance and comedy. The Gran Hotel (it’s titled ‘Grand Hotel’ in English) has won many awards (scroll to the bottom of this article to see a list) and is proving to be very popular in many countries. I found that it’s a wonderful way to acquire Spanish. 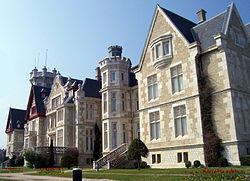 What I like about Gran Hotel is that it’s very entertaining and I find myself engrossed in each episode from beginning to end.  I’ve been watching the show on Netflix and their version has English subtitles.  So I find myself glancing down to read the subtitles, especially when the actors are speaking rapidly.  And at times some of the actors’ lines don’t have subtitles – which is a great opportunity for me to take in the Spanish and understand as much as I can (a subsequent subtitle usually clarifies anything I might have missed).  This series provides an ideal way to improve my Spanish because it engages my mind in the drama so well, while exposing me to hours of Spanish – all in the context of lively action and a beautiful environment.

I watch some of the episodes twice: the first time through I watch and read the subtitles as much as I need to – to make sure that I understand everything very well.  Then I watch again, usually on a different night, but this time I watch the actors and the action and listen to the Spanish voices  – and ignore the subtitles.  I’m often gratified at being able to recognize and understand what the actors are saying. I find that I still enjoy the episode the second time through. 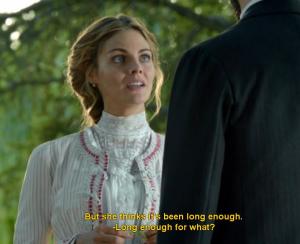 The unfolding drama includes many characters with a good variety of speaking voices.  Some are easier for me to understand than others. One of my favorite characters is Detective Horacio Ayala (played by Pep Anton Muñoz).  He speaks slowly and distinctly, often sarcastically and is frequently very funny.

Gran Hotel is available to Netflix subscribers.  Also, you can access the series through HULU and many episodes can be found on YouTube, mostly without subtitles.

Spanish Voices is an ideal program to acquire Spanish, too. If you choose to watch Gran Hotel and use it as a language acquisition tool, take a tip from the guidelines in the Spanish Voices program: focus on enjoying the story and trust that your brain will take care of absorbing more Spanish automatically. Of course, in both cases repetition helps. With Spanish Voices you hear native speakers speak authentic Spanish, you can access the content from your own computer and take it on the go, and you have a variety of tools to help you gain fluency. Download it for free today!