Did I Waste My Time Taking Spanish Classes?

I took several years of Spanish classes in high school and at university.  I found the classes somewhat tedious, but I did well enough and received good grades.  Time passed and one day I was thrust into a situation where I had to use my Spanish in order to do my job.  (I won’t bore you with the details, but my job involved interviewing people in their homes and sometimes those homes were filled with recently arrived immigrants who spoke only Spanish).

Well, I was disappointed and even shocked at how poorly I was able to communicate in Spanish.  I could manage greetings and a few simple phrases, but I was incapable of conducting the interview.  I was still able to pick up a book or magazine and recognize and even understand many words, but conversational fluency was way beyond me.

And then, a few years later, something wonderful happened.  I was invited to go on a month-long road trip around central and southern Mexico with 3 native Spanish speakers.  My three companions all spoke fluent Spanish and English, but we agreed – for my benefit and for their preference, to communicate only in Spanish for the duration of the trip.  We flew to Mexico City and rented a Volkswagen Beetle and started off.

We rented a car for our Mexican road trip

Right away I realized that my holiday trip was not going to be easy – and I didn’t think it was “wonderful” in any way, initially.  The other three talked a lot, all in Spanish, and I was pretty quiet.  I listened and tried to understand as much as I could, but the effort made me tired and my attention would wander off to the scenes passing by and to daydreaming.  Of course, I could understand some, and my friends helpfully tried to pull me into conversations and get me to talk too. In the first days I experienced lots of frustration.

I felt cramped in the small car and by all the Spanish, too

In spite of my struggles, I found I was enjoying myself more and more.  We went to interesting places, met new and interesting people and, of course, my companions were thoroughly enjoying themselves and that made it easier for me to relax and enjoy myself.  Gradually I was finding that I could understand more and more, and even my ability to speak Spanish was improving.  There were moments where I suddenly understood a word or phrase and I realized that my knowledge of Spanish vocabulary that I had from those classes years before was coming back! I hadn’t really forgotten all the Spanish I’d learned – it was more like I’d stored it away somewhere and forgotten where – and now I was finding  it again. 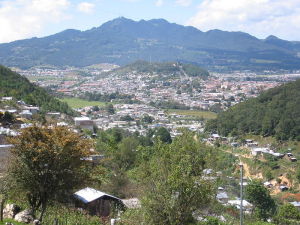 I never really lost my sense of frustration, but it became weaker as the weeks rolled by.  By the end of the trip I was feeling very gratified at how much I’d learned in the past month, at how well I was  now able to understand.  Certainly by then I’d reached a level where I would have been able to successfully conduct one of those in-home interviews.

My Spanish Classes Would Have Been a Waste of Time Except…

From that time forward I’ve continued to practice and learn more Spanish and gradually I’ve become more and more fluent.  So, was taking Spanish classes worthwhile? Clearly, they were. Without them I would not have been able to take advantage of our Mexican road trip.  I’m pretty sure I would never have agreed to go on the trip in the first place if I knew that my companions would be speaking only Spanish.  It would have been too big of a leap – and too frustrating.

So, taking Spanish classes would have been a waste of time except that I had the good fortune to stumble into a language acquisition environment where all that knowledge could be ‘revived’ and integrated into real conversational ability.

Being immersed in the Spanish-speaking world for a month, with many hours of interaction with native Spanish speakers each day provided me with the almost perfect language acquisition environment given that I already had a substantial basic knowledge of Spanish even though I believed I’d forgotten most of it. In fact, that knowledge of Spanish vocabulary and grammar was ‘sleeping’, there in my brain all along, waiting to be awakened, waiting to expand and grow.

I never forgot the pleasure and satisfaction I felt towards the end of my road trip at how much Spanish I’d learned and at how far I’d progressed on the path to fluency. What had been an illusive dream had been transformed into a reality. That experience was the seed for the creation of the Spanish Voices program. Spanish Voices is a learning tool that helps you create a Spanish  language acquisition environment in your own home or car.  In general, it’s not as good as a Mexican road trip, but it has unique features that you’ll never get on a road trip – unless you bring it with you.